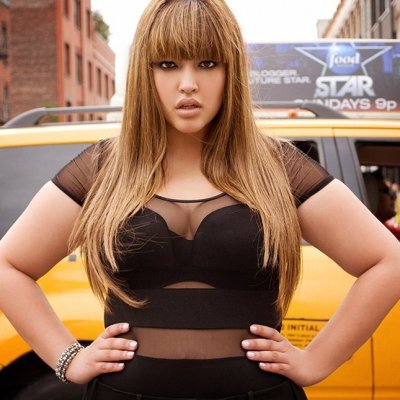 In April 2015, France made laws to "ban" thin models, even going so far as to saying fines will be imposed on agencies who promote with models with less than a specified minimum BMI. Not only this, they also made it illegal to promote anorexia on the internet and also made it a legal requirement to indicate when photographs of models have been "body-shopped" and retouched.

This is all good news for the "body positive" movement which has been gathering significant momentum in 2015. It also means we should be seeing more voluptuous women striding the catwalk in the future.

Here are some curvier models I'm sure we'd all love to see more of - especially used by Victoria's Secret, who have to date stated, "no plus-size" models here.

Flawless skin and pouty lips! Georgia will be seen in a documentary called Straight/Curve - an examination of body image and the media.