7 Things That Can Cause Body Odor ... 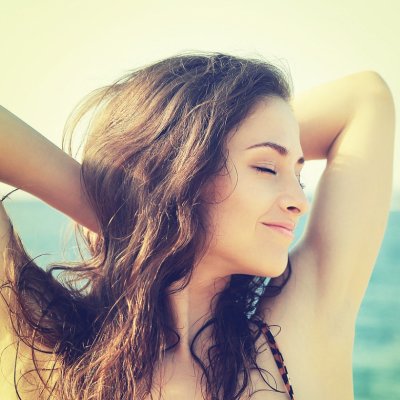 You shower or bathe every day. You diligently apply deodorant. You quite often spritz on some perfume. You never wear clothes more than once before they’re put in the laundry. Yet, you still don’t smell fresh and clean. Body odor is embarrassing. It can also be upsetting. It is also very frustrating if you know you are clean but you still smell. There are things that can cause body odor that might be causing your problem:

A recent study by the Mayo Clinic has discovered that a large number of prescription and over the counter medicines like Tylenol can actually encourage and increase perspiration. Also, certain medications were found to increase bacterial growth as the body is metabolizing the drugs, and this process can often be associated with a less than desirable smell that has to evaporate through your pores.

It was discovered by Dr. Pierre Delbert in 1928 that people who were deficient in magnesium very often suffered from particularly bad body odor. Magnesium is known to be a strong odor killer, and therefore people lacking in this vitamin are likely to have stronger smelling perspiration. A magnesium vitamin deficiency can be combated by eating magnesium rich foods such as cashews, almonds, sesame seeds, bran and even dark chocolate.

3 Too Much Alcohol and Caffeine

Research undertaken by experts at Columbia University has helped to proved that excess amounts of both alcohol and caffeine can be responsible for foul and strong smelling body odor, as well as bad breath. This is because coffee is extremely acidic and also increases the body’s rate of perspiration, and alcohol does that same by widening blood vessels in the skin. Cutting down on both of these substances will help to curb body odor, try switching to herbal tea in favor of caffeine.

It is a popular way to try to lose weight, but cutting down on carbs has been proven to be a factor in the presence of strong and unpleasant body odor. A lack of essential carbohydrates within the system leads to an increase of ketones being released into the bloodstream, and this can cause a number of negative consequences including bad breath and very strong smelling urine that can combine to achieve really terrible body odor.

It seems as though we can’t win, right? It has been argued that an excess of red meat in particular can lead to strong and bad body odor. This is down to the fact that out of all meats, red meat is the hardest for the body to digest, and this difficult process combined with the high levels of amino acids in the meat, leave an unpleasant residue in the intestines that can mingle with other bacteria and cause an intense odor.

Cruciferous vegetables are the family that includes things like broccoli, cabbage and cauliflower, and they have a big reputation for contributing to bad body odor. The reason for this is that cruciferous vegetables on the whole contain a high level of sulfur compounds that are then absorbed by the body during digestion. This sulfur is then emitted through the sweat glands and can cause an unpleasant smell.

7 Too Much Refined Sugar

Expert dermatologists at the American Academy Of Dermatology have claimed that an excess of refined sugar can really affect the way that we smell. It has been argued that having a diet that includes too much refined sugar can cause unpleasant body odor, and this is due to the sugar combining with an overgrowth of yeast to be converted in a strong smelling alcohol by-product.

If you’ve tried everything else, maybe it’s time to eliminate some of these to see if you can solve your body odor issues. Worth a try – yes?