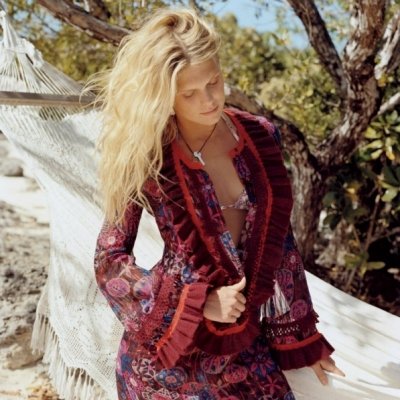 The stats about plastic surgery serve a purpose besides just giving you knowledge. By understanding plastic surgery, people can equip themselves with the information they need to make the right choice when considering whether or not to go under the knife. Of course, there are plenty of horror stories around things like breast enhancements, liposuction and Botox, which makes a clear understanding of the process pretty important. Here are some stats about plastic surgery that you should know. Of course, it’s best to talk to your doctor before having any type of procedure done.

According to the American Academy of Facial Plastic and Reconstructive Surgery, the number of nose jobs, eyelash enhancements and hair transplants has gone up 10 percent, 6 percent and 7 percent, respectively. Why, you ask? It appears that the selfie trend is causing women more dissatisfaction with their looks. After seeing photos of their friends plastered all over social media, women are experiencing the need to alter their own appearance. Understanding that this is one of the stats about plastic surgery that can make you choose a procedure without thinking about it enough, is a great way to look at those selfies. Then figure out how to take a fabulous one of yourself, without plastic surgery.

Plastic surgery has been around for a long time, but it continues to see a rise, with more women seeking the various types of procedures available. In fact, stats from The American Society for Aesthetic Plastic Surgery show that plastic surgery increased nearly 7 percent between 2012 and 2013.

Liposuction topped the list of most sought after plastic surgery procedures in 2013, making up almost 17 percent of treatments, according to The American Society for Aesthetic Plastic Surgery. Liposuction is followed by breast enlargements, eyelid surgery, tummy tucks and nose jobs.

You’ve no doubt heard about the wonders of Botox, right? Since 2012, injectable procedures like Botox have gone up more than 20 percent. These types of procedures are non-surgical and have very little recovery time. In addition to Botox, this includes Juvederm, Restylane and Perlane. Because these procedures are fast and fairly easy, women are having them done at an increasing rate. And the numbers are predicted to keep going up and up.

5. United States Has the Most Plastic Surgeons

It might not come as a surprise to you, but the United States boasts the highest number of plastic surgeons across the world, with more than 6,000. While America doesn’t perform the most plastic surgery procedures, it does have more doctors than any other nation, which means you probably won’t have any trouble finding one.

According to the 2013 stats from the International Society of Aesthetic Plastic Surgery, more than 11 million surgical procedures and nearly 12 million non-surgical procedures were performed across the globe. That includes breast enlargements, eyelid surgery, nose jobs, facelifts, tummy tucks, butt augmentation, Botox, laser hair removal, dermabrasion and much more. That’s a lot of plastic surgery done over the course of a year, don’t you think?

In 2013 alone, Americans spent more than 12 billion dollars on plastic surgery. Add to that the amount spent in other countries and we’re talking a ton of money. Clearly, the services of the industry are in hot demand since people are so willing to spend that much on having their looks altered.

Have you ever had plastic surgery or would you consider it? Right now I say no, but that might change as I get older. What do you think of plastic surgery?