Eyeopener Beauty Standards around the World ... 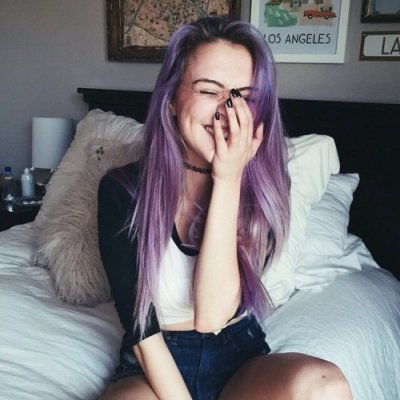 In an interesting experiment, a number of designers around the world were contacted by Superdrug (a UK high street retailer like a combined drugstore/beauty shop) and asked to photoshop an image to represent the “ideal beautiful woman” as per the “standards” of their home country. Originally, only freelance women designers were chosen but then four men were included, on the proviso that they conducted research before getting down to the job of touching up the original image. Here are the results.

Sent with the instruction to "make it fit with your culture's perceptions of beauty and an ideal female form." 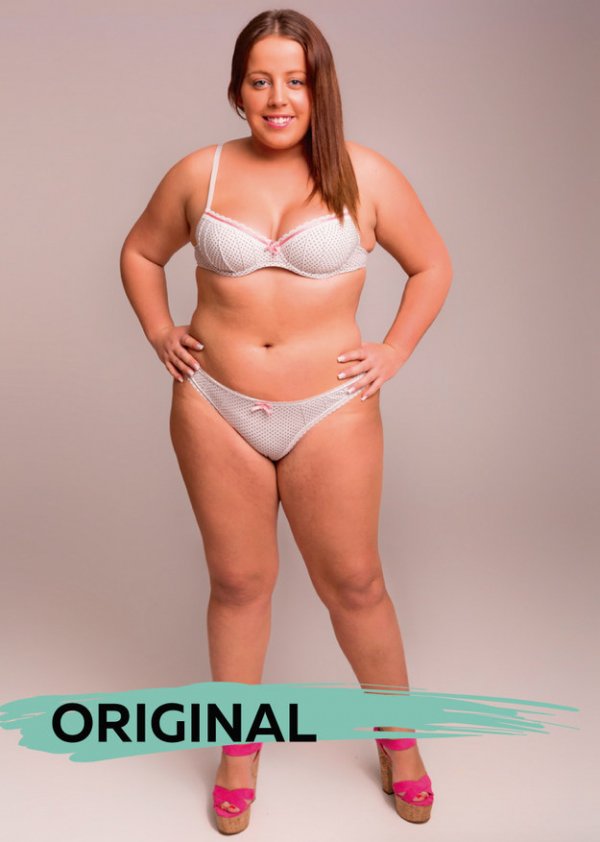 Slimmed down all over and thigh gap created. 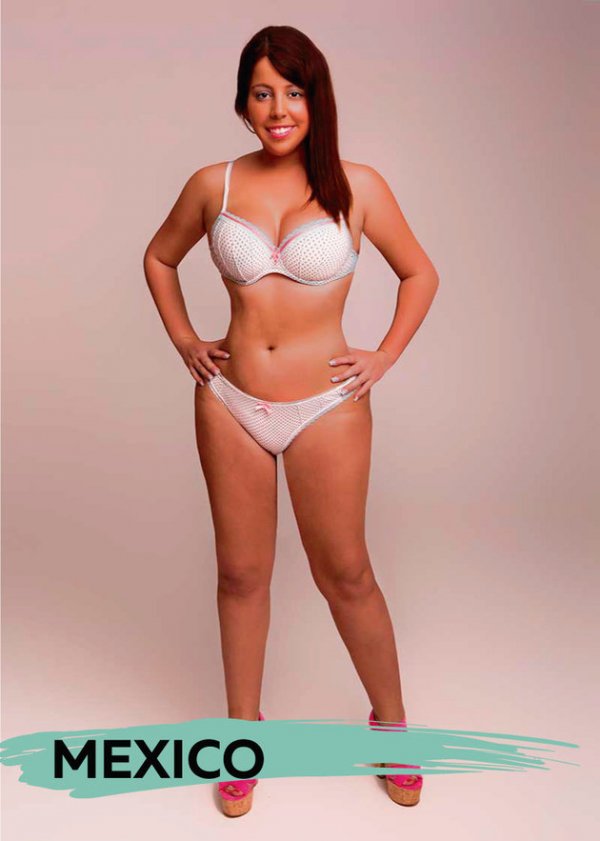 Curvier than Mexico, especially the lower half, but there's that thigh gap again. 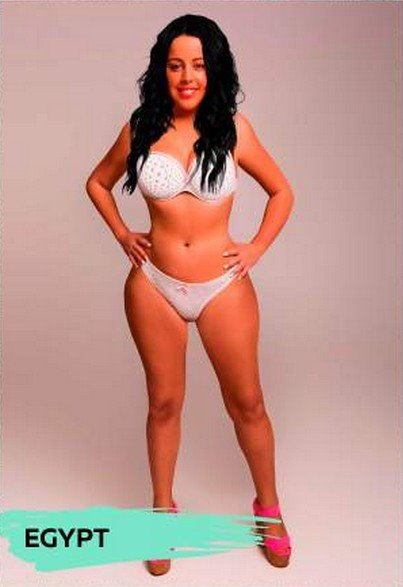 A slight slimming of the torso and legs but there seems to be more emphasis on the hair change than anything on the body. 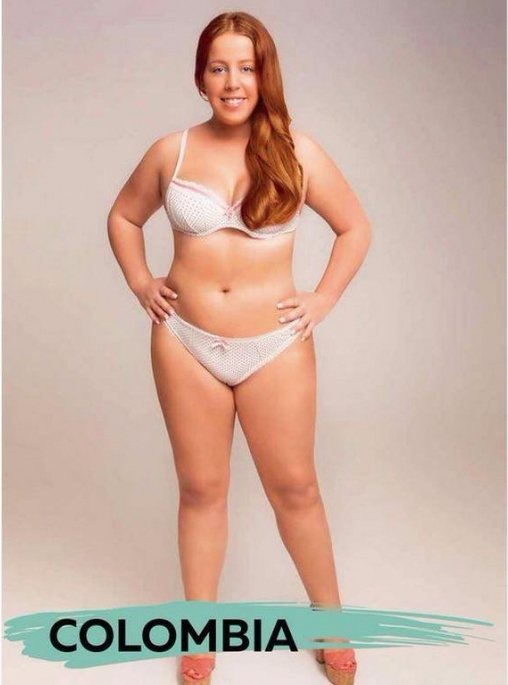 We're getting on to being half the size of the original with this one. Another significant hair change too. 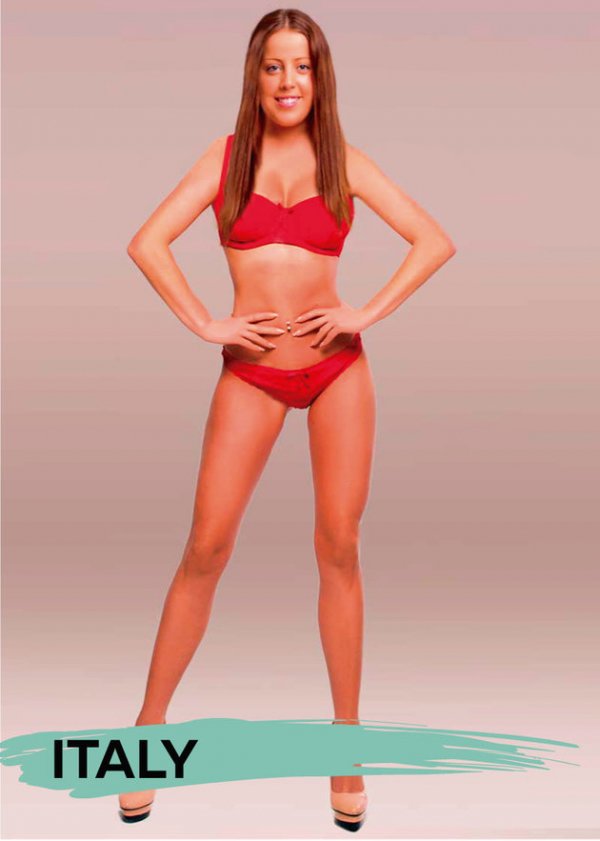 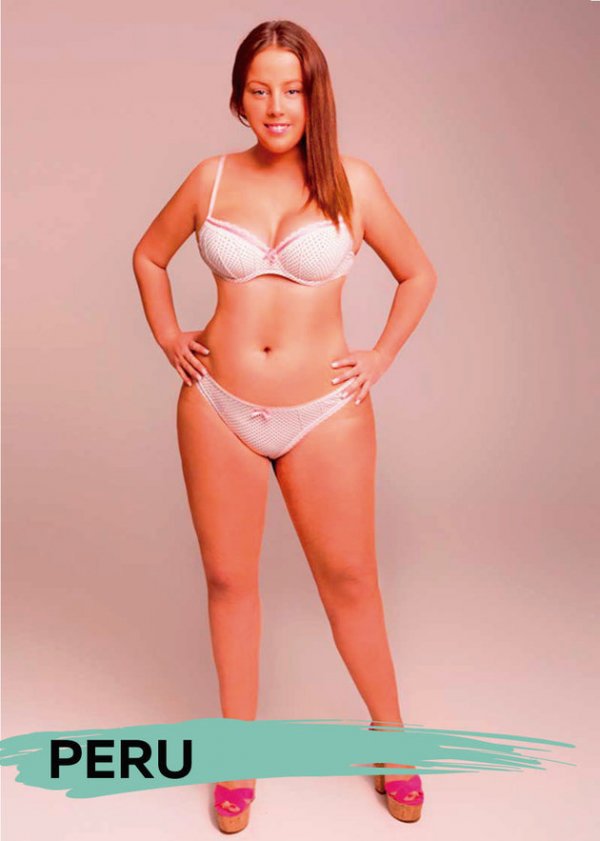 A change of underwear, a change of hair color and a change of footwear to go with a general trimming down of the whole body. 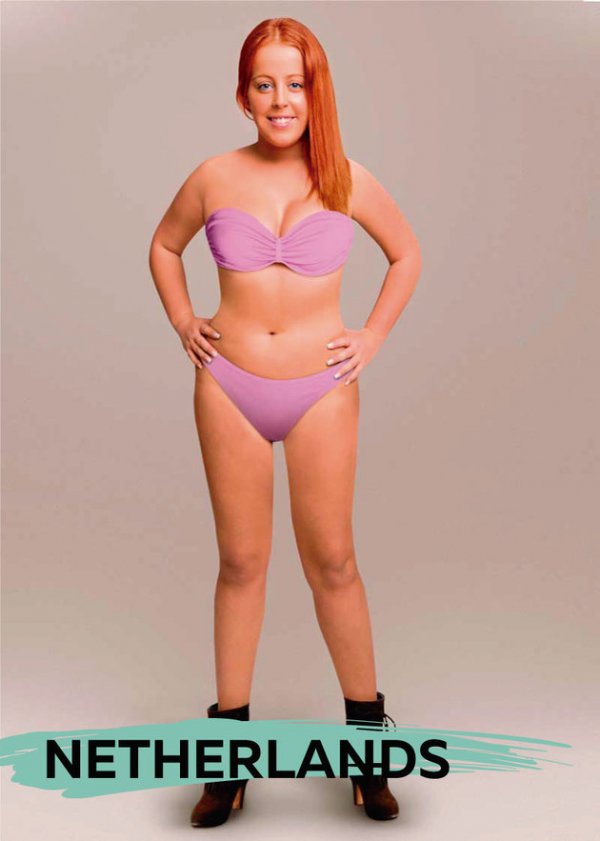 What we have here is a seriously bad case of photoshopping. The Syrian image has turned out heavier on one side than the other and what is happening in her panties? Despite the obvious issue, there is yet another attempt at slimming down the image. 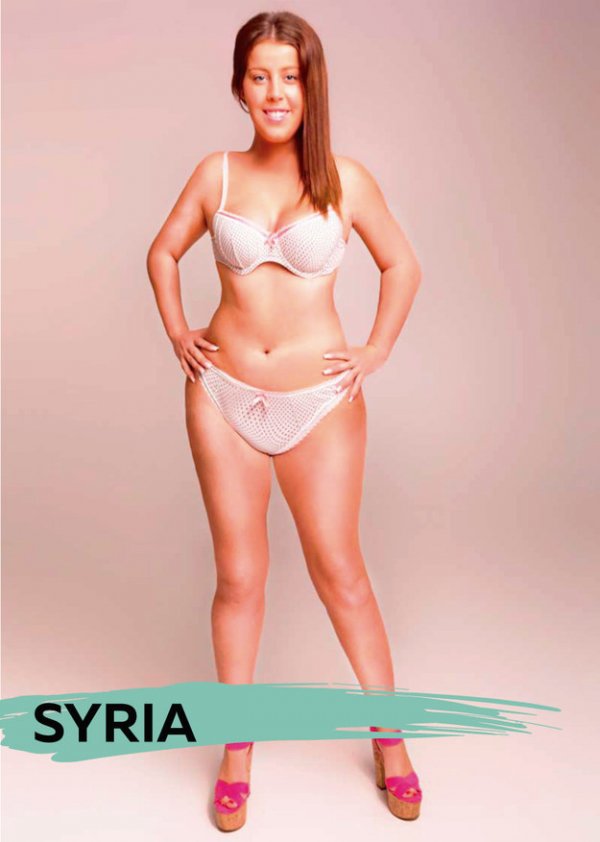 This is almost unrecognizable as the original image. Despite the horrific lack of skill in touching up the image, you can see the intention is to dramatically slim it down. 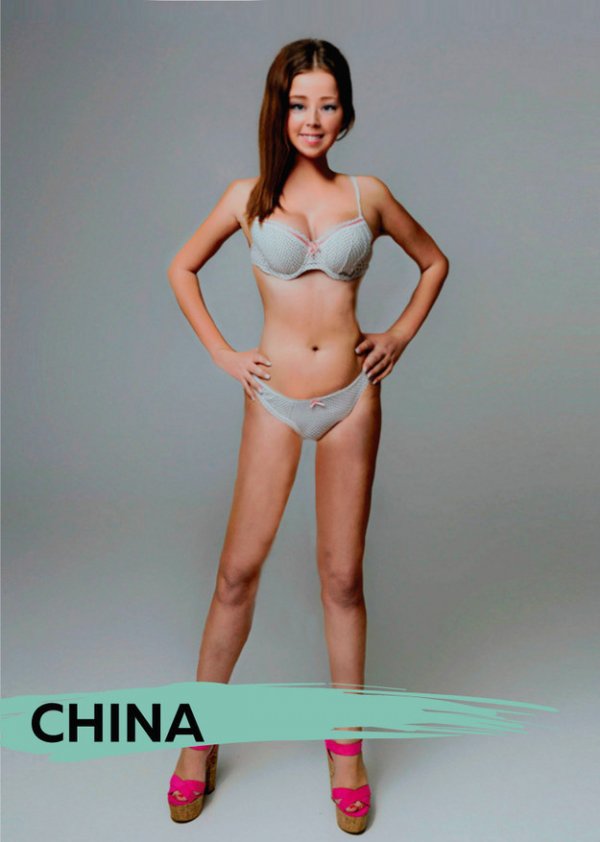 Another where the hair, underwear and show color all changed. And of course, obviously trimmed down all over. 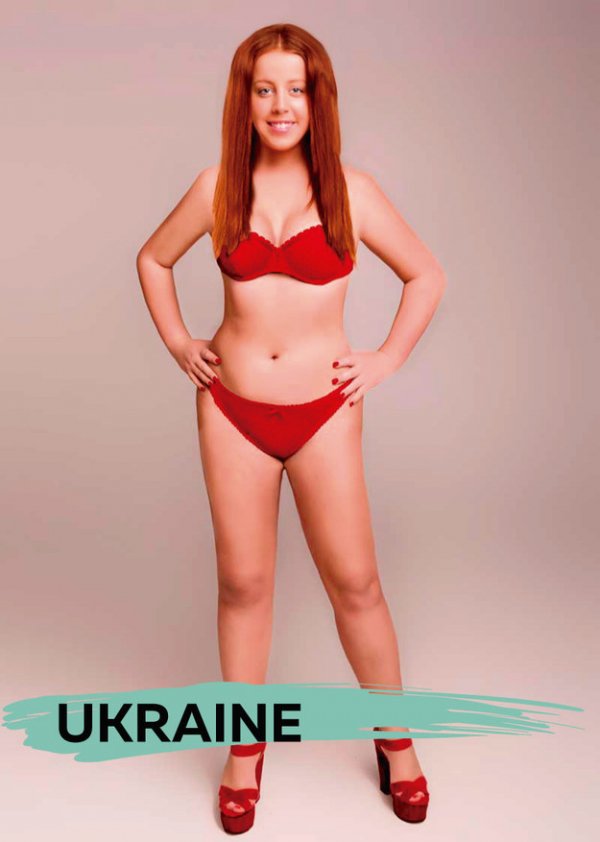 The entry from the UK surfaces with an added thigh gap and a body that's been made smaller all over. 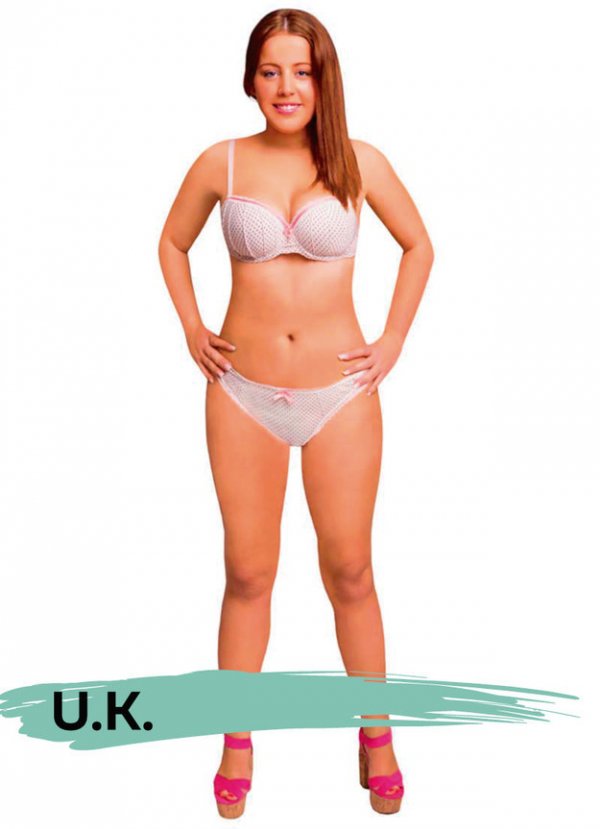 Were any changes made? Can you spot any differences from the original? 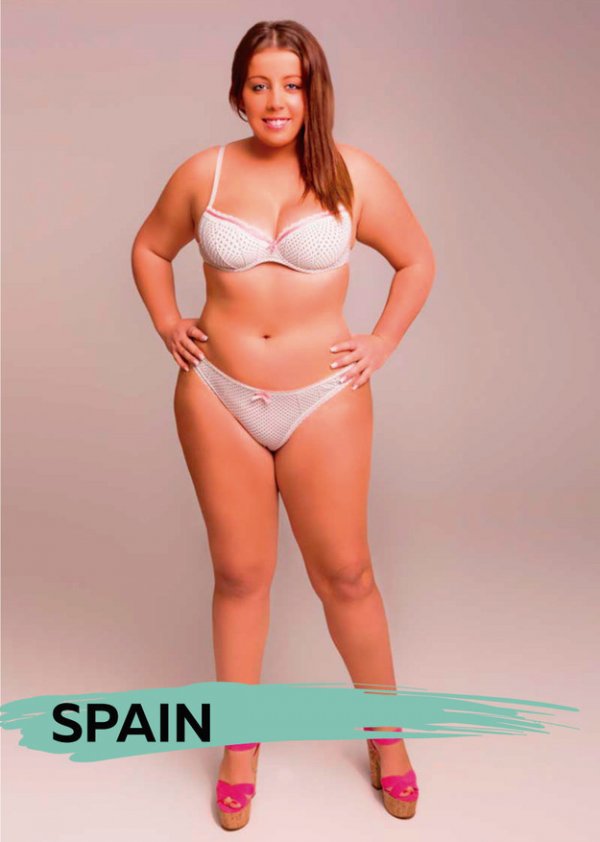 A touched up tummy, slimmed down arms, reduced thighs and yes, a photoshopped in thigh gap. 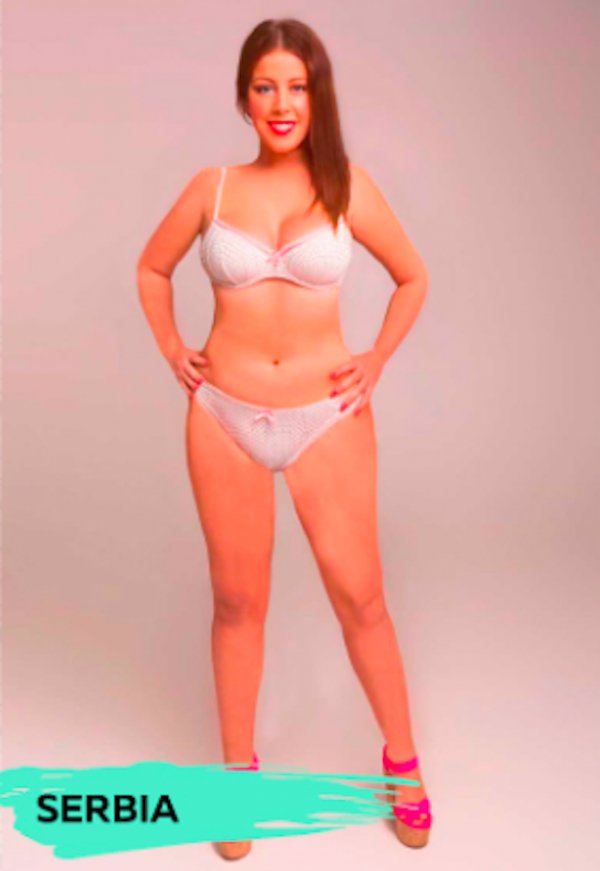 Still a curvy lady but those thighs have been made slimmer. 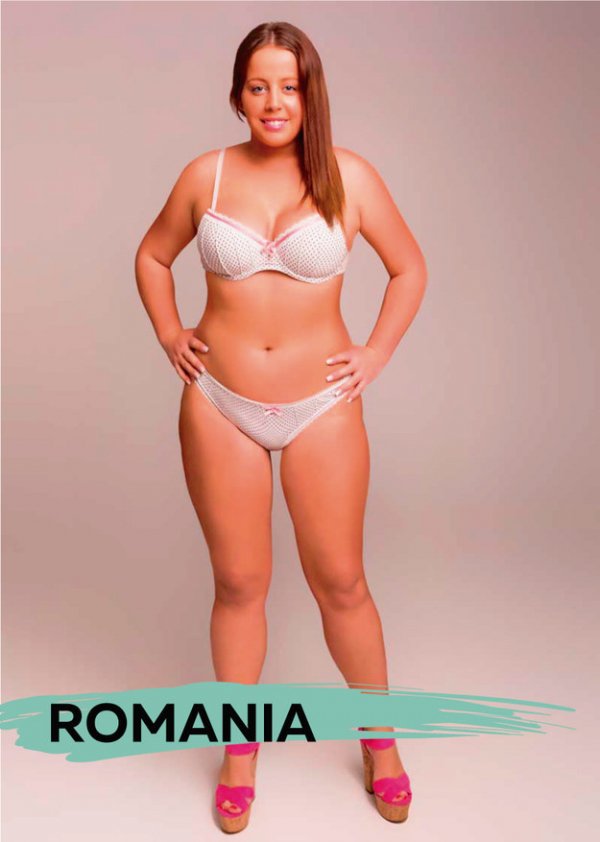 Another where the bottom half of the body has received attention from the touch up brush. 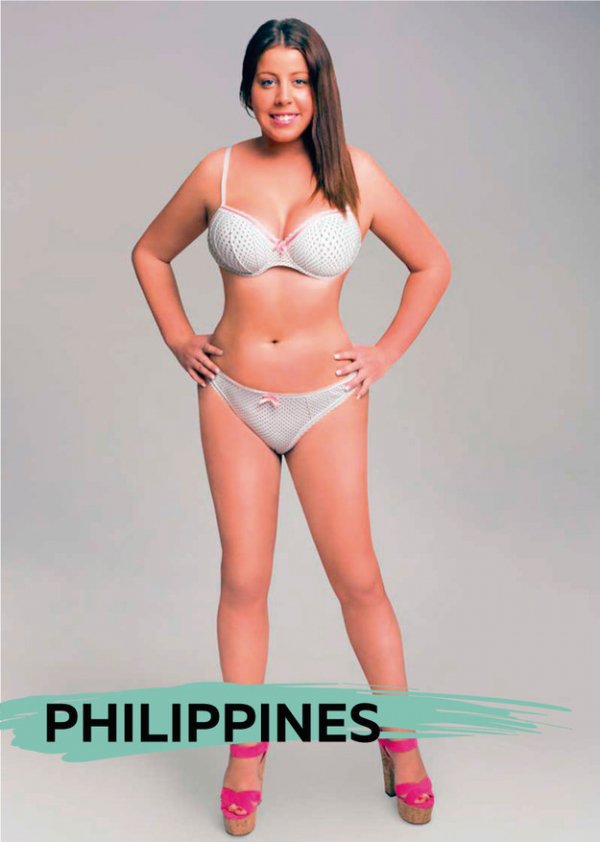 A general shaving off all over. 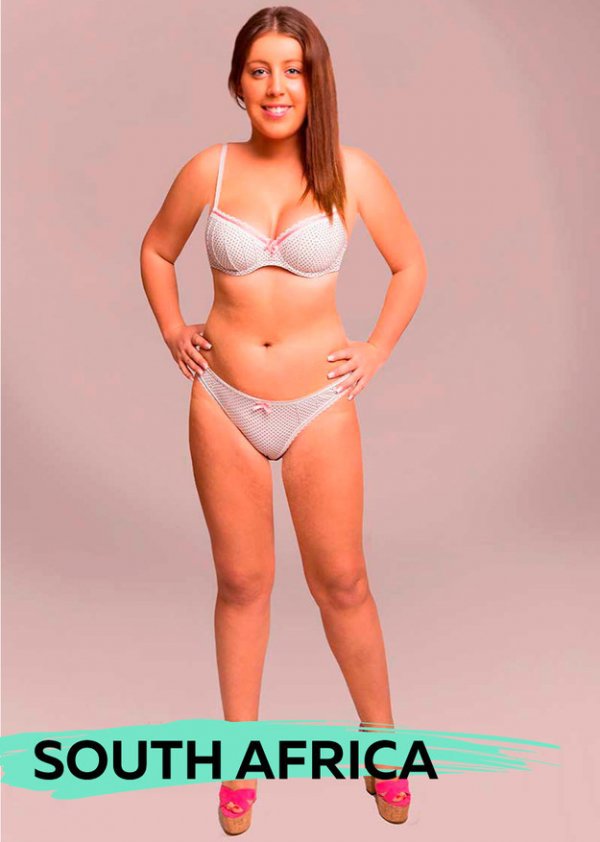 Has pretty much gone for a homogenized image we've seen in a number of examples. 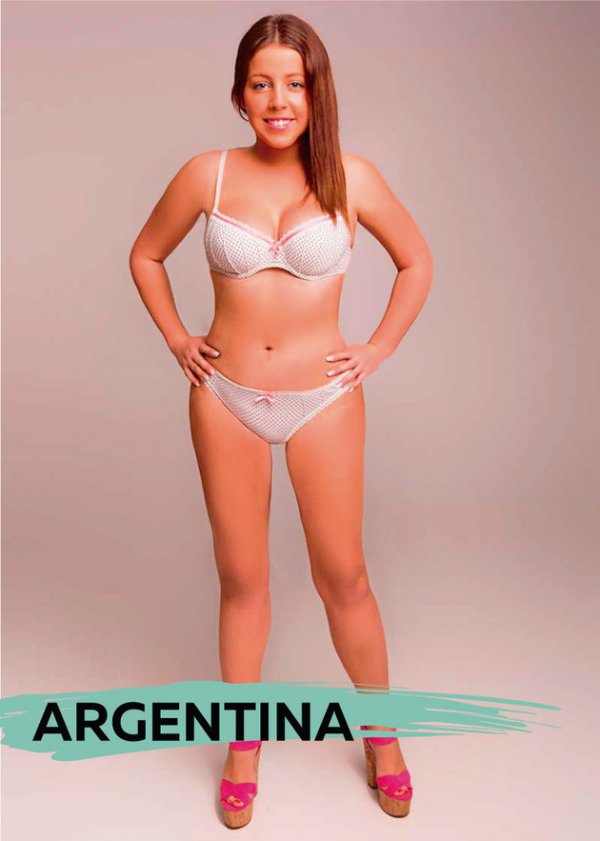 The only image where the designer went to work on the top half of the body with a significant increase in the breast size and fullness. Panties have been slimmed down too. I hate to suggest it (very sexist of me!), but could this be the work of one of the male designers? 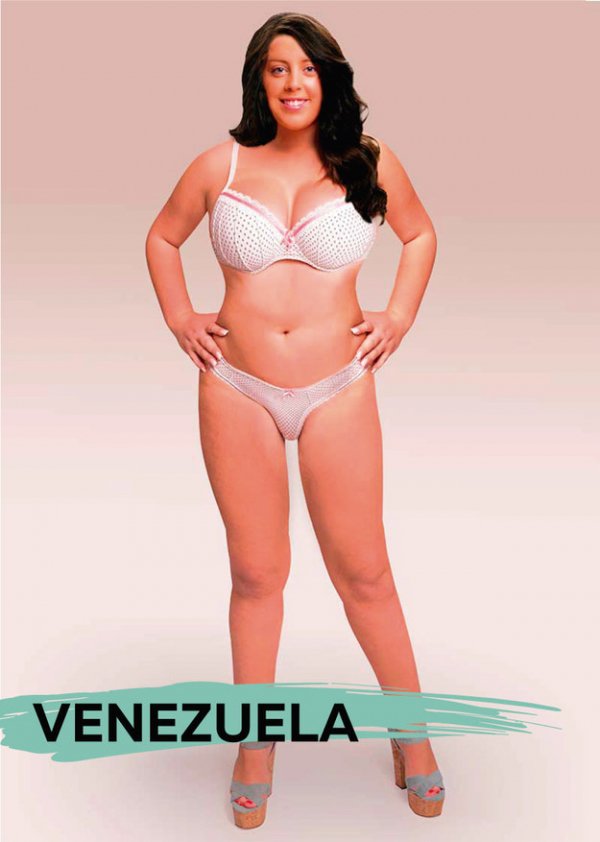 And last but not least, the USA has followed the same trend of overall reduction. 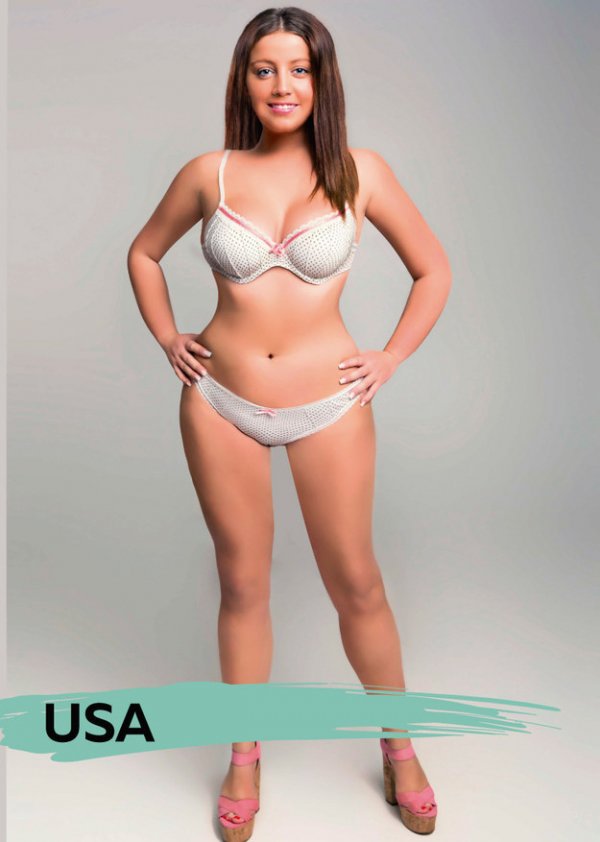 So, putting aside the lack of skill in the use of photoshop shown by some of the designers (scary, huh?) that have resulted in some strange women, the trend is very obvious. And that trend is to trim down and shave off the body, add thigh gaps and generally reduce the size of the original image.

Over to you to have your say!