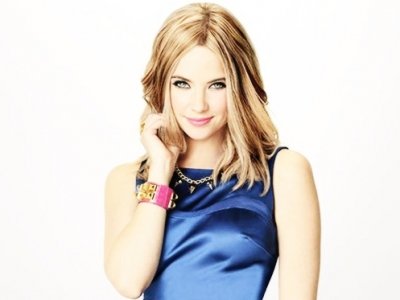 Harmful beauty and hygiene products were pretty much a standard occurrence in a pre-FDA world. The lack of control, standards and testing made it easy for any money-grubbing quack to mix up a dangerous concoction, get his ads published in the most prominent of magazines, grab the money and run as soon as the complaints started rolling in. A lot of people believe products had been much safer before all these new age fancy chemicals when, in fact, many people had to suffer so rules could be made. Think we have it bad? Take a look at all of these super harmful beauty and hygiene products our grandmas had to deal with:

Allow me to present Lysol, one of the most harmful beauty and hygiene products forced on us by the media. But wait, Lysol, isn’t that the stuff people use to disinfect their toilet? Well, you’ve got that right only, but that’s not what they used it for back in late 1920s and well into the 1940s! That very same Lysol you scrub your floors with today was being marketed as, and I paraphrase, “a completely safe feminine hygiene product that will save your marriage bliss!” It doubled as birth control too and you just had to wash your privates with it because if you didn’t, you’d be a bad wife to your poor loving husband.

Can you imagine going through your entire period without having to change your tampon? Gross, right? And surely, there must be something wrong with that idea, what with all the Toxic Shock Syndrome warnings seen on tampon packages today. Actually, TSS wasn’t even such a huge deal until Rely tampons appeared, offering a super absorbent mix of polyester beads and carboxymethyl cellulose that could, as the commercial said, even absorb your worry. Synthetic fibers combined with the prolonged time of use provided a perfect breeding ground for bacteria linked to TSS, causing the numbers of TSS victims to skyrocket.

Why risk a raccoon eyes when you can just dye your lashes, right? And given how highly impractical an average 1930s mascara was, it’s no wonder women chose to opt for dye. Unfortunately for them, product safety wasn’t even on the list of priorities in those days and there were absolutely no laws that could prevent companies from marketing dyes despite the fact that most had been nothing short of highly toxic. Poor ladies all across the globe had to suffer anything from disfigurements and blindness to even death in order for the FDA to gain enough public support to put Lash Lure and similar products out of business.

I really hoped only women in ancient times were misinformed enough to resort to using mercury and lead to brighten their complexions, but what do you know – turns out Stillman’s concoctions are still being sold online and, according to health inspections in Europe, its ingredients haven’t improved much in the past 100 years or so. Even the famous Amelia Earhart is rumored to have been using a similar product on her freckles, a concoction with a whopping 12% of mercury going under the name of Dr.‭ ‬C.‭ ‬H. Berry's Freckle Ointment.

You are getting a pretty good idea regarding where this is going to go, right? Well, I’m going to spare you the grisly bits and just point out Anti-Mole was no fun at all! Containing a whopping 50% of nitric acid which, in case you might be wondering, is so corrosive it even corrodes non-active metals, and another 20% of totally harmless glacial acetic acid, Anti-Mole didn’t just remove unwanted moles, it relieved its user of some skin too!

When you’re already using Lysol to try to lure your wandering husband with a sterile, 100% clean vajayjay why let a pair of hairy legs ruin all the good work? A 1930s woman, no different than women of today, would flip through Vogue or Cosmopolitan, see an ad for this cool, new, totally safe, skin-nourishing depilatory cream and go for it. Ah, but this particular cream was quite rich in thallium – a toxic metal used in rat poisons. Unlucky victims had been so numerous the company was soon out of business which, unfortunately, didn’t prevent its owner from establishing a new company and pulling off another scam.

Various ubercool, supposedly safe and unquestionably effective diets are not as new as you may think – we’re just lucky scammers don’t get to use the Get Out of Jail Free card anymore. Things were not so great before the Pure Food and Drug Act’s passage, when women were advised to use extremely toxic Dinitrophenol, strong laxatives and prepackaged meals containing God knows what to reach their ideal weight.

Pretty shocking, isn’t it, ladies? Who could have thought so many harmful cosmetics had found their way to so many unfortunate customers!